This site is dedicated to the memory of
Professor Rick Lockwood. 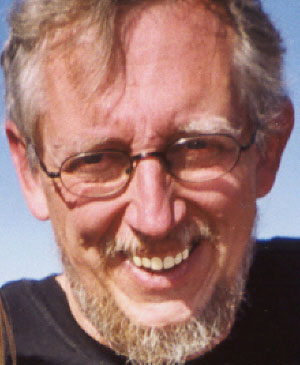 The French Department is immeasurably saddened by the loss of Professor Richard D. (known as “Rick”) Lockwood, distinguished specialist of Classical rhetoric and seventeenth-century French literature, uniquely creative teacher, and beloved, long-time Chair. Rick came to Rutgers in 1987 from Cornell (B.A.) and Johns Hopkins (M.A., Ph.D). He was elected Chair in 1996 and re-elected twice. He presided over the steady scholarly growth of the French Department and was the force behind countless innovations, from the development of language instruction technology to the institution of joint Doctorates with French Universities. Many of his initiatives aimed beyond Rutgers to advance the study of French in New Jersey: he led the creation of the Rutgers World Languages Institute, the all-new Master’s of Arts for Teachers program (and its most recent offshoot, a joint summer program in Paris with the Musée du Louvre). Under his leadership, Rutgers was chosen as the first American site for a French Embassy-sponsored Resource Center for teachers. A new French living unit for Undergraduates on College Avenue Campus, a partnership between Rutgers and a Parisian university, and an overhaul of the Junior Year Abroad program in France were his latest projects. Rick was also involved in University-wide projects as a committee member or task force leader for Douglass College or the Faculty of Arts and Sciences, on subjects ranging from computer equipment to translation studies.

Rick Lockwood’s highly original scholarship is best illustrated by his book The Reader’s Figure (Geneva : Droz, 1996), a study of epideictic rhetoric in Ancient Greece and 17th-century France that represents a major contribution to the ongoing renewal of rhetorical studies. By focusing on the act of reading, on what a text does to its reader, this book creates a powerful dialogue between the rhetorical tradition and modern insights on ambiguity, where it is the reader who becomes ambiguous, caught in the process of being transformed into a different subject by a kind of speech–praise–that is not supposed to be openly persuasive. His next project--on seventeenth-century French moralists--probed another version of the same problematic. At the time of his death, Rick Lockwood was working on the idea that a maxim or fable not only conveys an ethical message, but reshapes the reader’s ethos by doing so. Himself a moralist (but of the witty, unassuming sort), Rick Lockwood was a scholar who never drew a line between his research and his teaching. For him, studying texts was akin to figuring out how they can be taught; teaching what discourses do invited a reflection on what teaching itself is doing. Hence, a great deal of subtle, reflexive, inimitable humor (for which he was justly famous), and a stream of constant intellectual and pedagogical innovations.

As Chair, similarly, Rick Lockwood developed a low-key, amused and amusing style that proved very adept at finding solutions to problems or conflicts : not by imposing them, nor by choosing middle-of-the-road formulas, but by quietly suggesting a larger context to the questions at hand. He was a teacher, not only to his students, but to his colleagues as well. As his Protean activities demonstrate, Rick Lockwood was passionately interested in each and every aspect of university life. One could say that his legacy was above all the demonstration that there should be no fundamental differences between being a teacher, a scholar, and an academic administrator. This is not to say the demonstration is easy to repeat. It may well have taken an extraordinary human being like Rick Lockwood--as unfailing in his friendships in the University as in his incredible dedication to his wife Cynthia and his children Ted and Meara--to achieve it.

Our Memories of Professor Lockwood