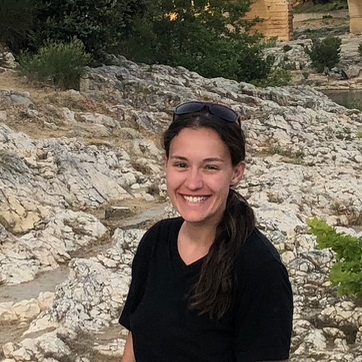 Natalie Rice is a first year PhD student at Rutgers University. She graduated with her B.A. in French and Francophone studies and mathematics at The Catholic University of America in 2019. As an undergraduate, she studied French and German fascist rhetoric in history and in pop-culture, on which she co-published an award-winning paper in James Madison’s MAD-RUSH Conference Journal titled "How Dumbledore Saved Europe: A Comparison of Fascist Rhetoric in European History and in the Harry Potter Franchises.”

Her research interests include fascism and anti-semitism in 19th and 20th century French literature and film, as well as French poetry. She also enjoys studying colonialism and Francophone literature.