Course Description: What is theater? What is 'classic' and what is 'modern'? This course will begin with examples from the immortal classic theater of Molière and Racine, with a focus on plays which derive from Greek myth, or which present mythological (or, in the cases of the comedies, some fairy tale) motifs.  These traditional classics will then be treated in comparison with modern versions of myth and legendary motif in plays from the late 19th Century to the present, including treatments of classic myth by Giraudoux, Anouilh, Sartre, Apollinaire and Cocteau, among others.  We will also look at the distinction between comedy, tragedy, farce, and drama, and at the definition of theater as an extension of 'play' (the theory of Sigmund Freud). Some texts will be supplemented with clips from cinematic versions or works by the same author as the play we are currently studying. 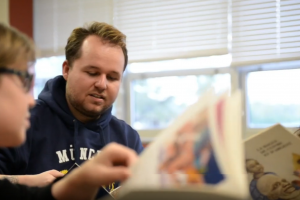